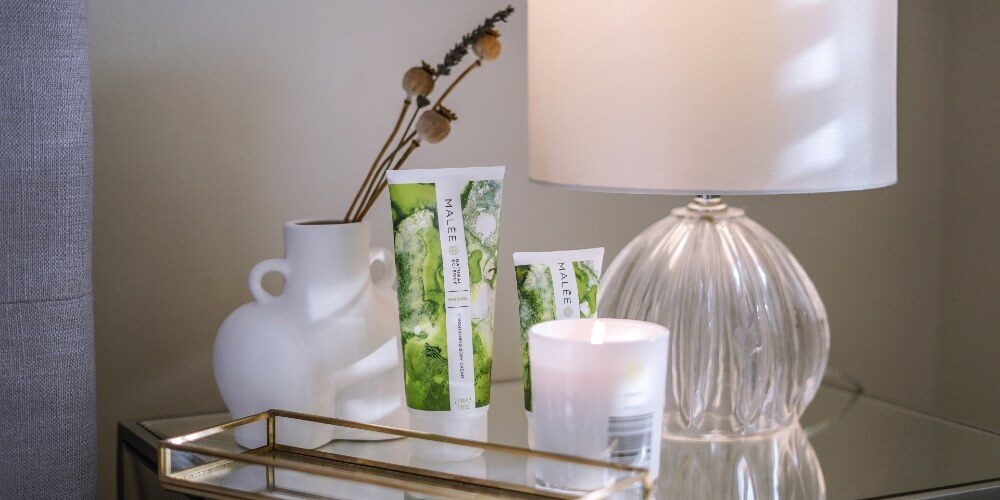 Here at Malée, we live by the belief that natural skincare ingredients are best. 100% pure plant-based ingredients sourced from nature itself. And partnered alongside science to deliver the most effective benefits to our skin. This is why you’ll find no unnecessary minerals or synthetic allergens in our formulations. We trust in the power of nature to deliver the results that you deserve.

One of the other things we celebrate is knowledge. Understanding what you’re putting on your skin. Furthermore, why and how is the most effective way of getting the most out of your skincare routine. Which is why we’re discussing 11 natural skincare tips your skin can’t live without in this article here today.

Found within the edible pulp in this Persean fruit, avocado oil is a much-celebrated ingredient in natural skincare. Furthermore, it is the first out of the 11 natural skincare tips of the list. In fact, you’ll find it in a number of our products including the Verdure Conditioning Body Cream and our award-winning Verdure Moisturising Oil. There have been many studies into the reasons why this fatty-acid rich oil is so effective at reducing the signs of ageing. Studies have hailed its abundance of beta carotene, protein, lecithin and Vitamins A, D and E as some of the key reasons. This allows avocado oil to help protect skin against harmful UV rays while also assisting in the metabolism of collagen.

A 2013 research animal-based report found that avocado oil could also contribute to faster wound healing. This results in less prominent scarring, smoother skin and an even distribution of pigmentation around the originally-wounded area. And another study in 2001 noted that, when mixed with Vitamin B-12, avocado oil was also shown to help relieve the symptoms commonly associated with psoriasis.

A traditional skincare ingredient that has emerged into the mainstream. Argan oil is produced from the kernels within the argan nut itself. moreover, it is the second of the 11 natural skincare tips. It is densely rich in omega fatty acids which help to regulate sebum production and balance out hydration. Vitamin E is a well-recognised antioxidant which helps to oxidise free radicals and reduces the detrimental impact of UV damage.

In 2014, researchers found that using argan oil on the skin for a period of 60 days improved skin hydration by restoring the barrier function and improving skin’s ability to hold water. And then in 2015, further research showed that applying argan oil topically could help to improve skin elasticity in postmenopausal women, as well as having a considerable anti-ageing effect.

As the name suggests, cocoa seed butter comes from the larger beans in the cacao plant. It is a well-used amongst the natural skincare tips. Known for its hydrating properties. The high concentration of fatty acids helps to form a protective barrier over the skin, locking in moisture. Alongside this, phytochemicals help to improve the blood flow to your skin’s surface. There are a number of people who tote cocoa butter as being an effective way of reducing the visibility of scars and stretch marks.

A study published in 2014 looked into its antioxidant properties and their impact on helping to treat different skin diseases. The research found that not only did it have the potential to reduce inflammation. Also, it could also offer protection to the skin, slowing down the signs of ageing when used over time.

Extracted from the almond fruit seed, this potent oil has a strong, nutty aroma. It is both edible and used widely within cosmetics, praised for it’s lightweight and easily absorbed composition. Like the others we have mentioned above, almond oil is luxuriously nourishing. It is also noted as being antibacterial with high levels of Vitamin A which can effectively eliminate the bacteria known to cause acne. Almond oil is also an anti-inflammatory, allowing it to reduce swelling. And, the high concentration of Vitamin E aids with cell turnover, scar fading and premature signs of ageing.

There is research to show that it can also dissolve excessive oils found on the skin’s surface. In addition, it has retinoids in its makeup to reduce the appearance of scarring.

Another king of the natural skincare tips, coconut oil has exceptional nourishing benefits. It is rich in lauric acid which blocks the growth of acne-related bacteria. This also allows it to reduce irritation and redness in general and increase levels of collagen which are vital to wound healing. In a randomized double-blind controlled trial in 2015, it was found that coconut oil significantly improved skin hydration and surface lipid levels, in the same way that mineral oils could.

The nourishing fatty acids found within this oil melt into the skin, offering hydration on a deeper level. In a 2008 study, coconut oil was found to be more effective in treating eczema than olive oil in the same quantities.

Found in body scrubs, multi-grain natural salt is one ingredient that we hail here at Malée. Found in our Verdure Conditioning Body Scrub, it effectively helps to buff away dead skin cells. Natural salts are full of minerals, including potassium, magnesium and calcium. Potassium aids with new cell growth, helping to revitalise dull skin and reduce the visibility of scars or blemishes. Magnesium rebalances moisture and collagen levels in the skin. It protects against UV damage while also aiding in cell regeneration. And, calcium is a micronutrient that regulates sebum production. Altogether, these factors leave you with glowing skin that helps you fight against the signs of ageing.

A by-product of wheat grain, wheat germ oil takes its place within a number of our products, including the Verdure Conditioning Body Cream and the Verdure Nourishing Hand Cream. It contains 23 different nutrients. Including omega-3 fatty acids which regulate skin oil production, balance out hydration and reduce the signs of ageing. Vitamin E offers antioxidant properties to fight against free radicals and protect against accelerated ageing. Wheat germ oil is also rich in folic acid, aiding in the production of collagen to plump out wrinkles and fine lines.

For these reasons, and the results that people see after using wheat germ oil, it is sometimes hailed as an ‘elixir’ for a multitude of skin ailments.

Made from honeycomb, white beeswax is a powerful humectant. This means that it attracts water. Helping you to maintain a good level of nourishment throughout your skin at all times. Alongside this, the composition of beeswax allows it to create a protective layer on the surface of the skin to prevent moisture loss. As a natural exfoliator, it is sometimes used to remove dead skin cells from sensitive skin and restore a person’s natural luminosity.

Research on the topical application of beeswax, published in 2003, concluded that this natural ingredient could be used to treat dermatitis and psoriasis Vulgaris. And, another in 2018 notes that natural-based beeswax showed more suitability for treating skincare ailments on those with sensitivity issues in place of synthetic alternatives.

Derived from the plant itself, sunflower oil is another ingredient commonly found within our homes. However, not only is it great for cooking, but it also offers a host of benefits to the skin. Being a non-comedogenic carrier oil, it has a high absorbency rate. This means that those with larger pores will find it less clogging or irritating. Rich in Vitamin A and E, it is a powerful antioxidant which promotes healthy cell regeneration.

A study published in 2017 found that sunflower oil was also beneficial as an anti-inflammatory. While another from 2004 found that the topical use of sunflower seed oil could help with open wound healing.

Found in the rosa canina rose bush, rosehip oil is pressed from the fruit and seeds. It is a 100% pure plant-based ingredient with an abundance of natural benefits for the skin. With Vitamin A and C, it can brighten and restore luminosity to the surface. Vitamin C also aids in skin turnover, reducing the visibility of scars and improving the overall youthful glow. Scientists in 2015 found that rosehip oil was able to inhibit the creation of MMP-1. This is an enzyme known to break down collagen in the body. By reducing the amount produced, users were able to hold on to that plump looking skin. Fighting against common signs of ageing such as wrinkles and fine lines. There is also research to show that the Vitamins A, C and E found in rosehip oil help to combat the visible signs of sun damage.

Sourced from the ripe fruit of an olive, Olea Europaea olive fruit oil is the last addition to our list, but by no means any less impressive. Highly potent in antioxidants, it boasts polyphenol, Vitamin E and phytosterols which helps with cell regeneration. This blend is also known to reduce the signs of immature ageing and provide a level of protection against UV sun damage too. Research published in 2018 found that these natural polyphenols are anti-inflammatory, anti-allergenic. In addition, they are able to slow down the development of certain diseases too.

All of our products, here at Malée, are produced with a keen focus on the power of nature. We use many of the ingredients noted above throughout our skincare products allowing them to work their magic on your skin and body. And, forgoing some of the problematic side effects of synthetic ingredients from your routine will ensure you maintain youthful, glowing and healthy skin for longer.

How To Choose A Luxury Skincare Brand UK
17th April 2021

How To Use Pulse Points On The Body
7th April 2021

By continuing to use the site, you agree to the use of cookies. more information